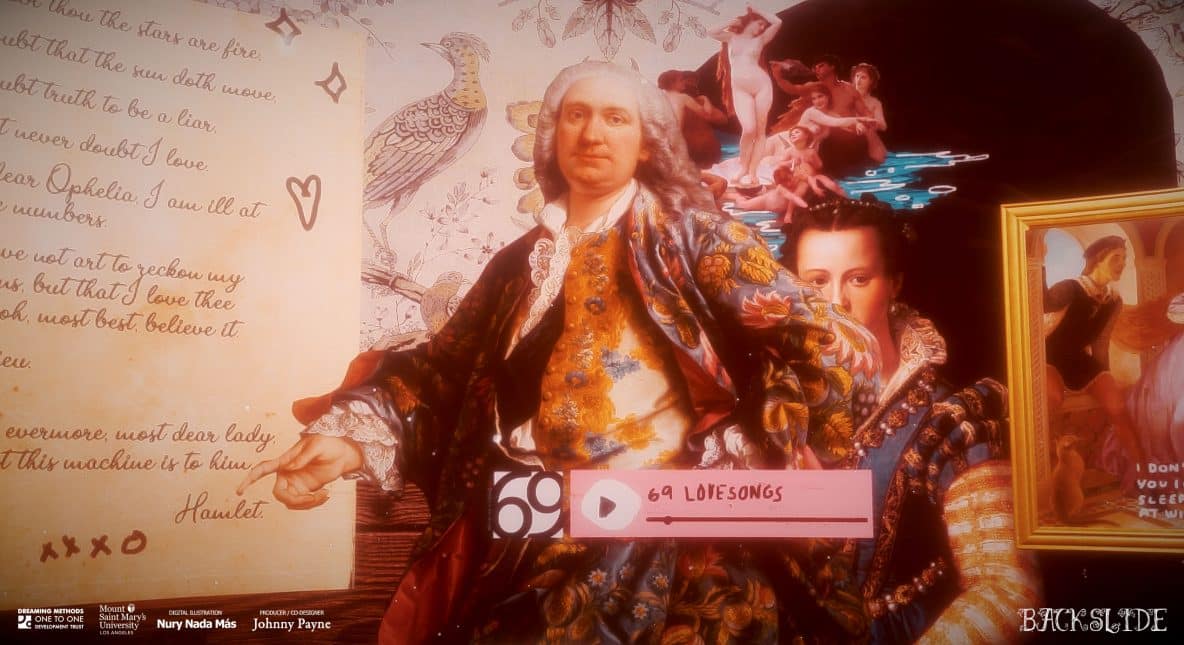 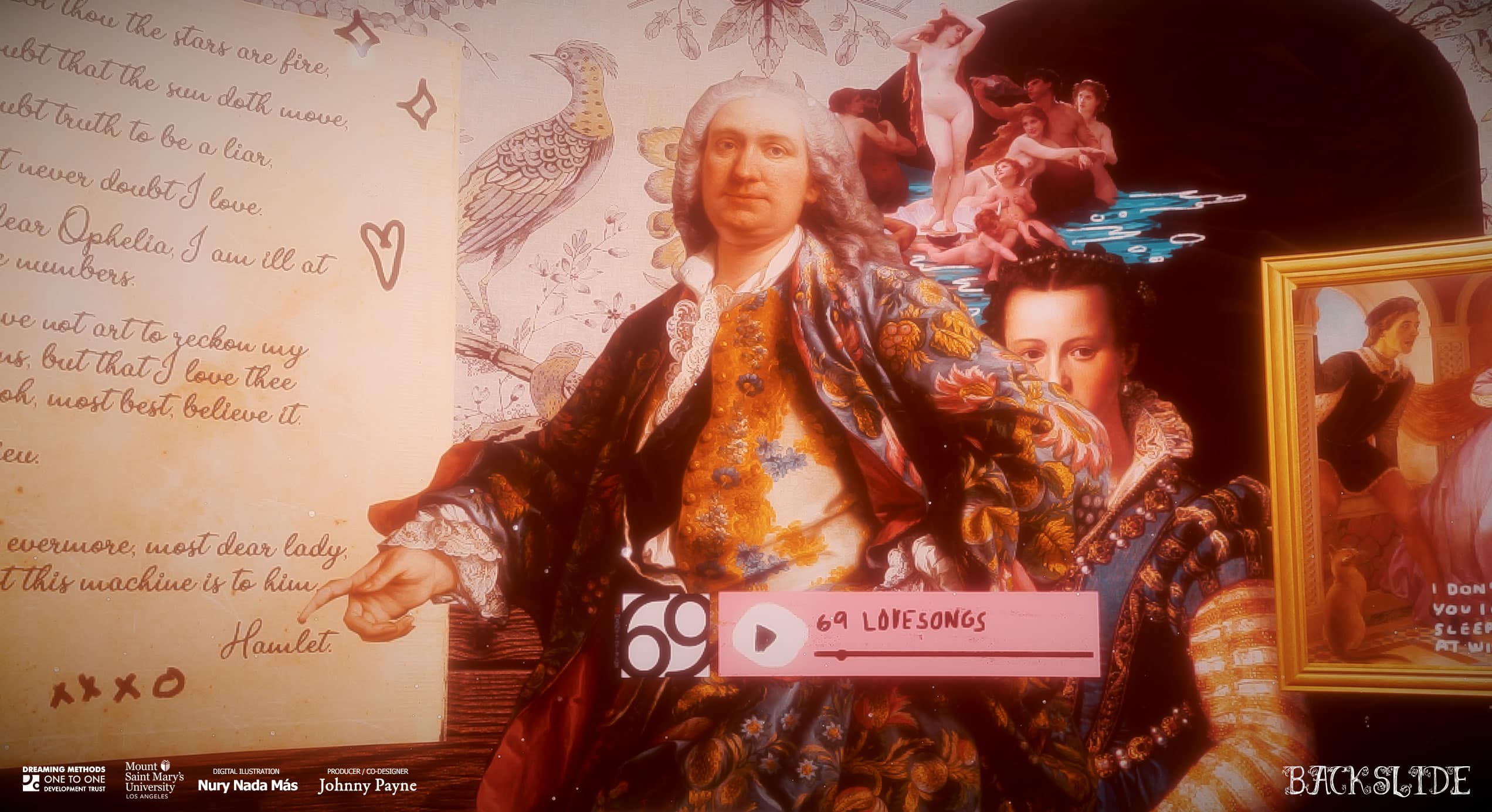 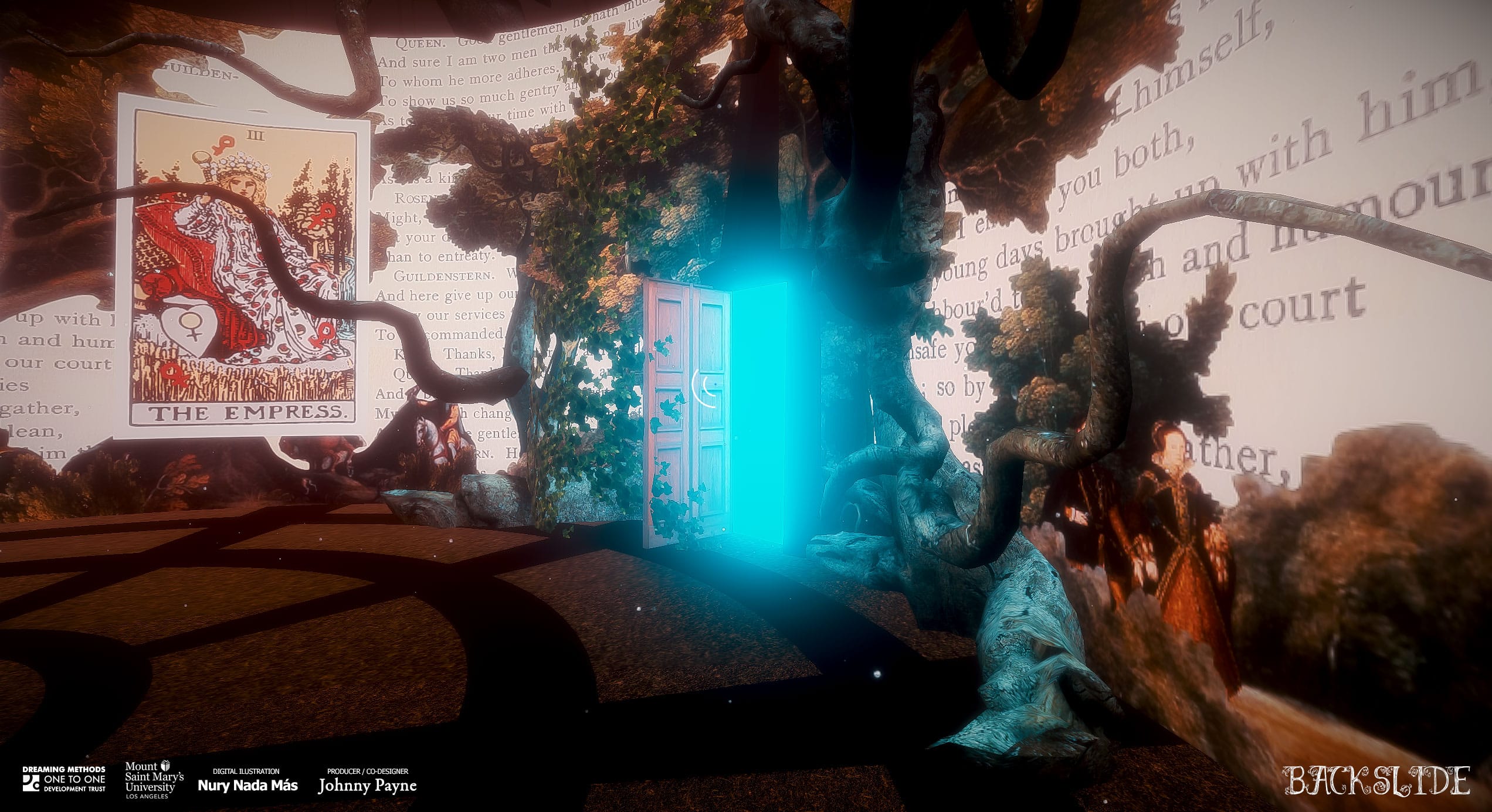 Backslide is a VR experience for desktop and mobile aimed at encouraging new and creative playwriting. It's based around William Shakespeare’s Hamlet and Tom Stoppard’s Rosencrantz and Guildenstern are Dead (a metaphysical deconstruction of Hamlet). Students are also encouraged to read David Ball’s Backwards and Forwards: A Playwriting Manual, which teaches them to read Hamlet back to front, in order to understand logical causality in a play. An immersive 360 degree stage exploring character, drama and logical causality, Backslide is co-designed and produced by Director of Creative Writing Johnny Payne (Mount St Mary's University, LA) and features animated 360 illustrations by Nury Nada Nas.

Backslide is currently only available to experience on request