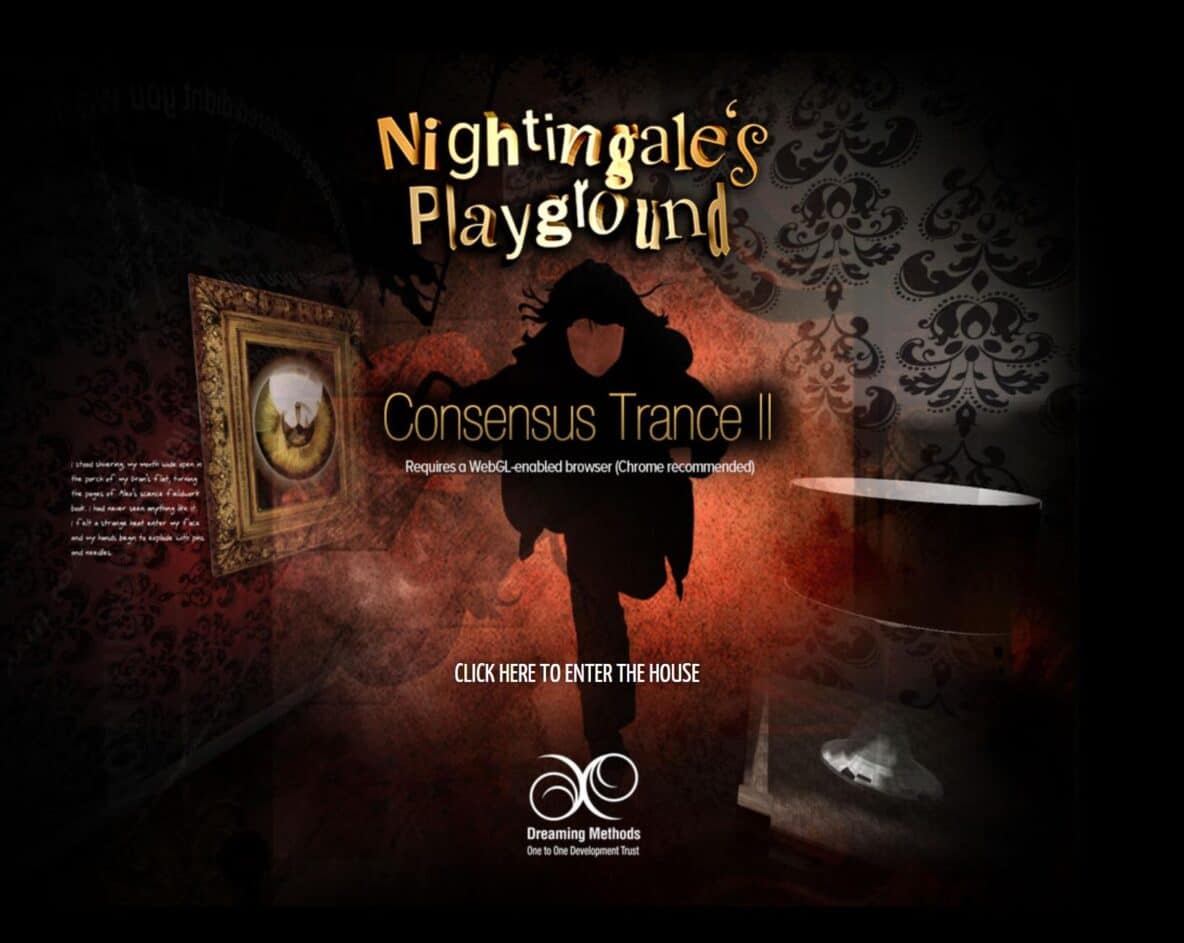 Part of Nightingale’s Playground written and developed by Andy Campbell in 2010, Consensus Trance II is a playable game-like part of the story developed in Coppercube, originally published in Flash and then later in WebGL. It’s also available for Mac and PC as a standalone application. 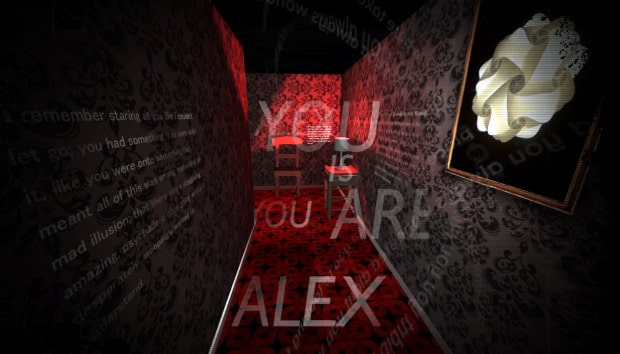 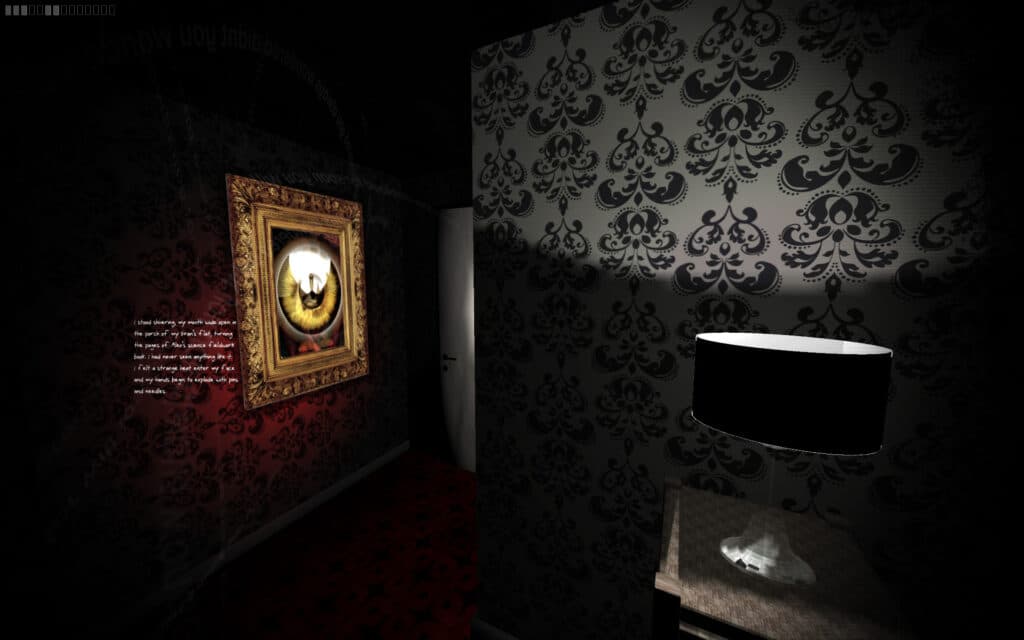 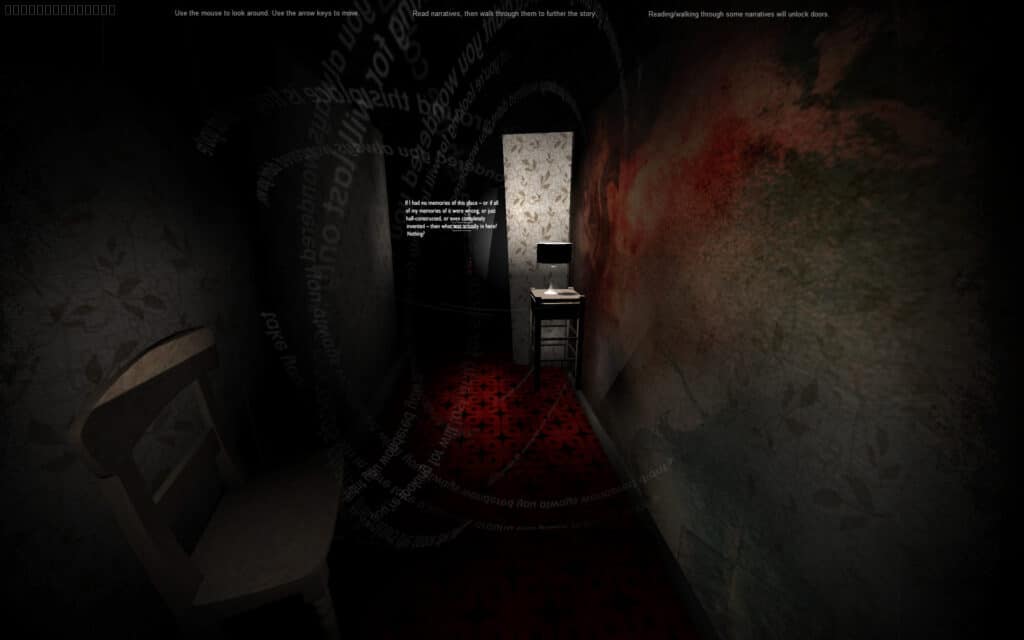