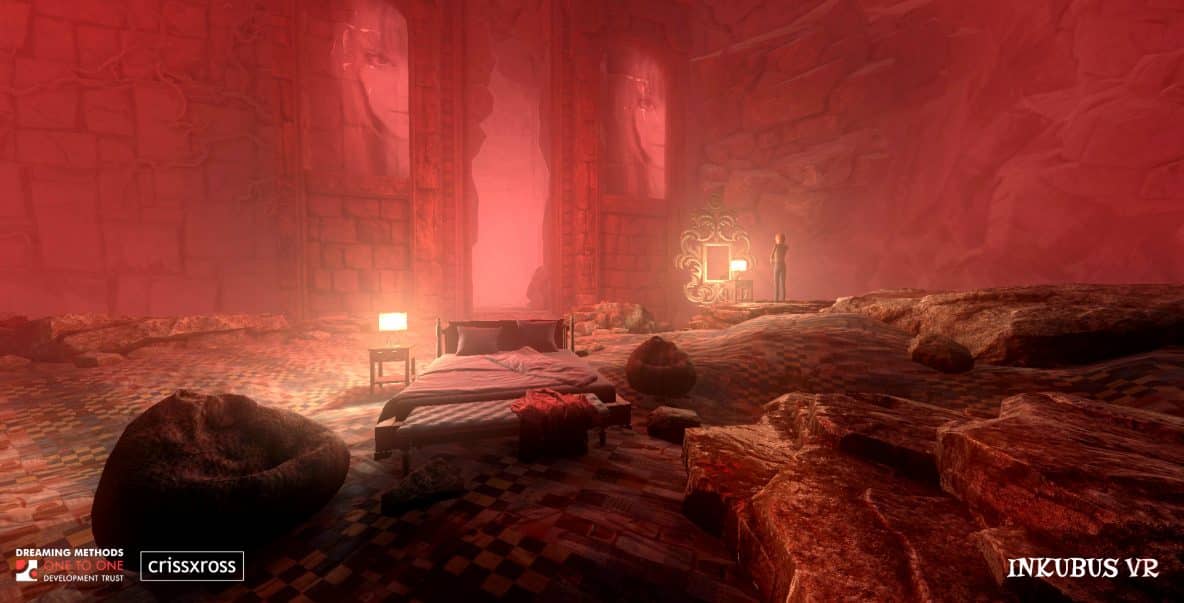 Inkubus is a collaboration between Andy Campbell and Christine Wilks, first prototyped in Coppercube and then developed into a full experimental game in Unity. In 2017 Dreaming Methods revisited the project using Virtual Reality and created a demo environment based on the original ‘Inkubus lair’ from the project, with much-enhanced graphics. There has been no further progress on this since 2017. The video below shows footage from a PC VR emulation of the prototype, followed by footage from within a VR headset.