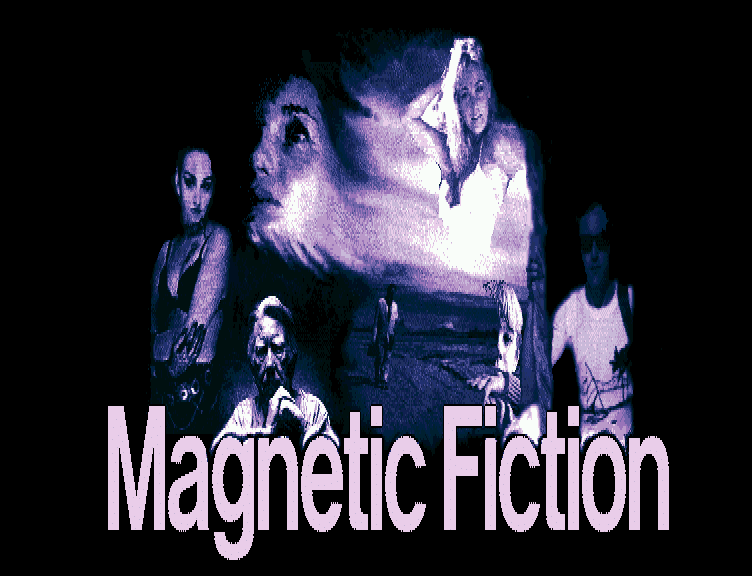 Magnetic Fiction is a collection of short stories for the Commodore Amiga developed by Andy Campbell and released by F1 Licenceware in 1996. Unlike the Public Domain series of short story collections Dark Portal, this anthology was not touted as horror, but more general (albeit fairly dark) fiction, and included contributions from a variety of (mostly young) UK writers. The interface took influence from Dark Portal and included an on-screen ‘book-like’ layout for selecting which story you wanted to read, with the stories themselves having font, colour, background and other adjustable preferences to make them more comfortable to read on-screen. The anthology received mostly positive reviews in the press. Contributors included Mike Richmond, Linette Voller and Michael Carter, among others. 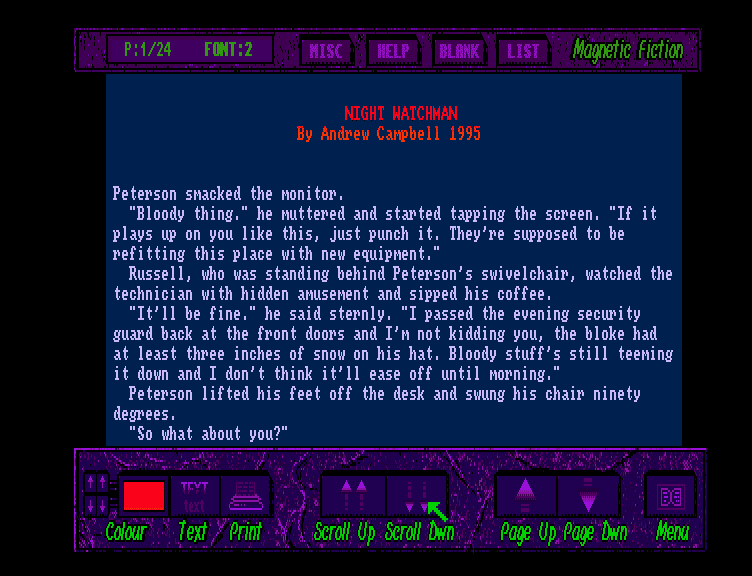 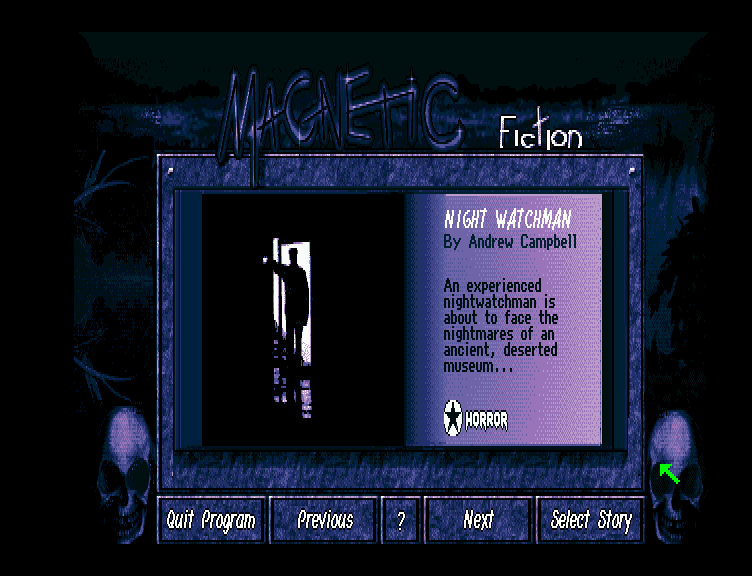