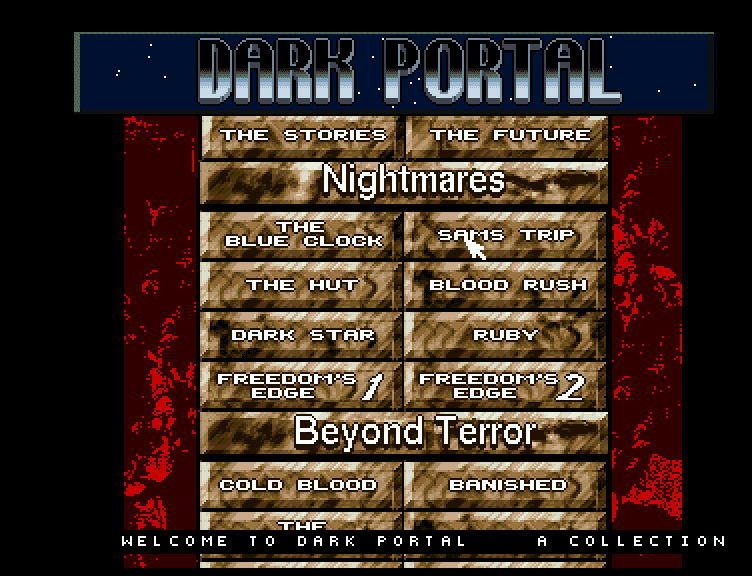 Dark Portal is a collection of short horror stories by Andy Campbell for the Amiga home computer. Created in 1993 (when the author was 18), the collection includes some episodic stories such as Bestial Influx and Freedom’s Edge that relate more to social exclusion, peer-pressure and bullying than horror. The collection received very positive reviews in the computing press. It would mark the beginning of a series of 3 other Public Domain-released collections, followed by some licenceware releases (via F1 Licenceware) which had better presentation, more accomplished writing, generated a modest amount of sales and received similarly positive reviews.

One of the most interesting aspects of Dark Portal was its approach to reading fiction from the screen: at a time when most home computers were plugged into box-shaped TVs, this was almost unheard of as a concept, and occasionally provoked some ridicule. Dark Portal’s first release had only minimal text-size, background colour and font-changing options, but this evolved in future releases. The biggest positive draw however, as reported by readers who fed back and games reviewers who gave the stories a chance, was the rawness, honesty and compelling nature of the tales. 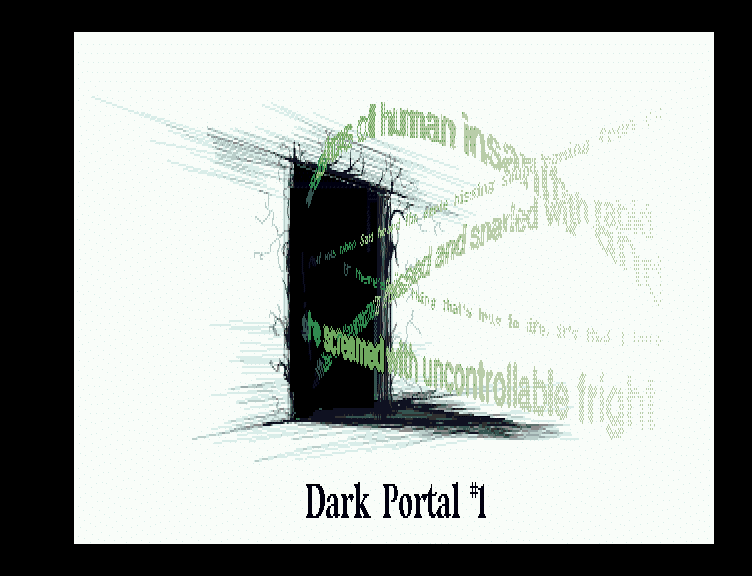 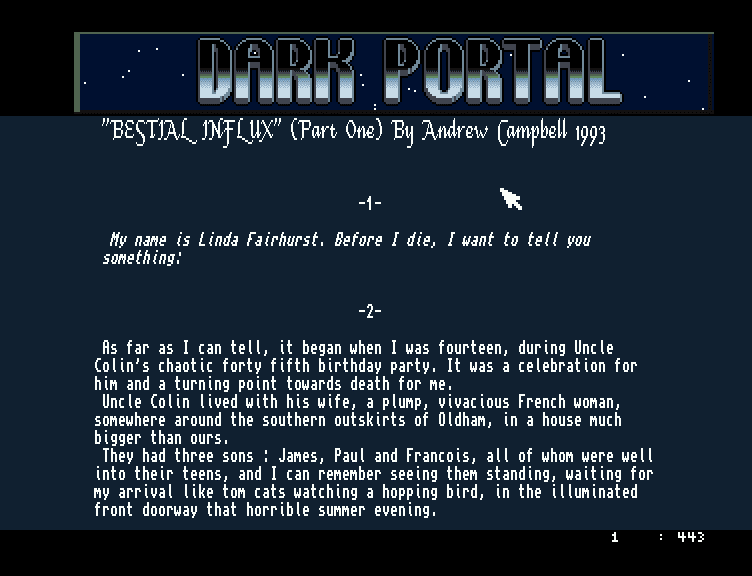