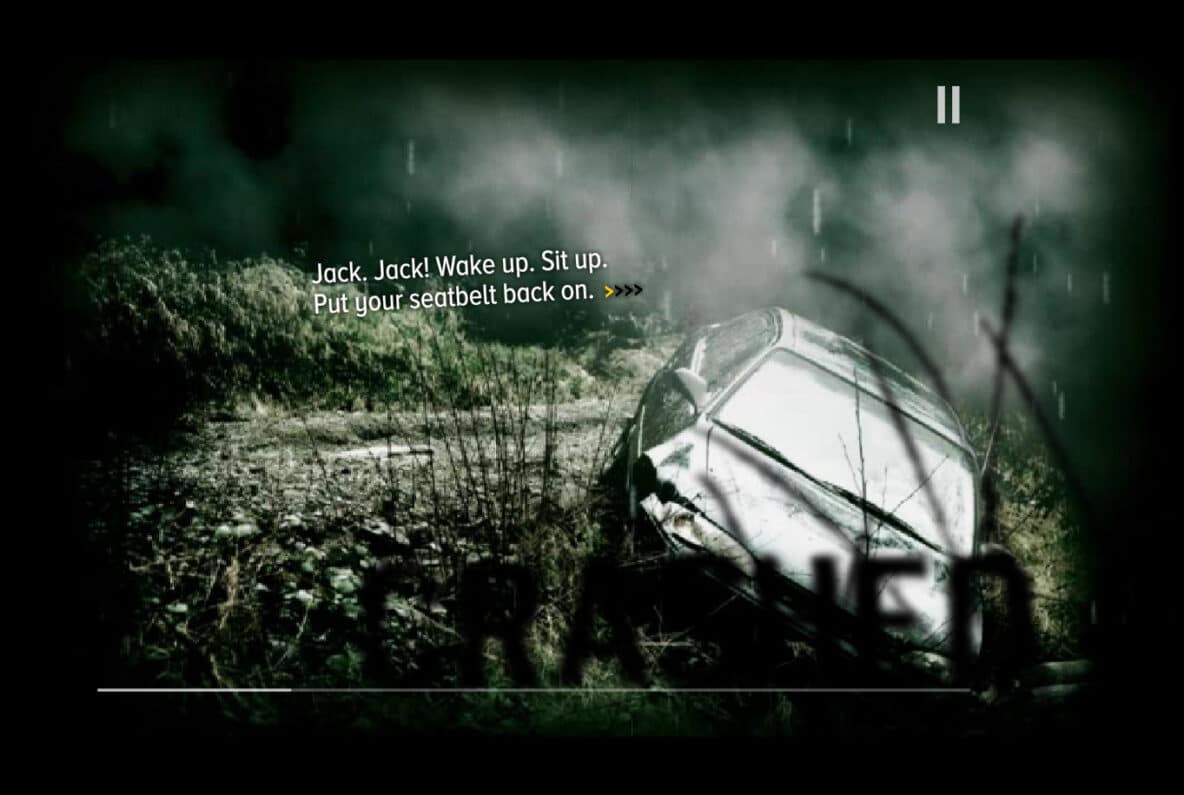 Duel is an unreleased and unfinished digital fiction ‘thriller’ created by Andy Campbell and Kate Pullinger. The project was developed using Flash, Air and HTML5 to create a variety of versions, and published as a prototype online, for Android, and for iOS. Unlike the majority of Dreaming Methods Flash projects this one was created using ActionScript 3 rather than 2 to give it a wider range of potential platforms.

Based around characters that appear in Kate’s novel Landing Gear and a sub-plot that is hinted at towards the end of the story, Duel uses full-screen video sequences and parallax effects combined with large on-screen texts to generate a sense of urgency and tension.

Episode 1 was presented as a live performance at the ELMCIP Remediating the Social conference in Edinburgh in 2013. See below for online and downloadable resources.

The Duel project resulted in a lot of source code and versions. It also generated an interesting approach to writing a script where desktop, tablet and mobile versions were split into boxes per-scene to highlight any platform-specific changes or tweaks. Only one very short episode was produced, divided into two parts.

Following the development of the ‘app’ version of Duel, Andy Campbell also started work on a potential ‘video game version’ using the Coppercube game engine. This did not progress far but included some interesting camera movements and a basic 3D environment. 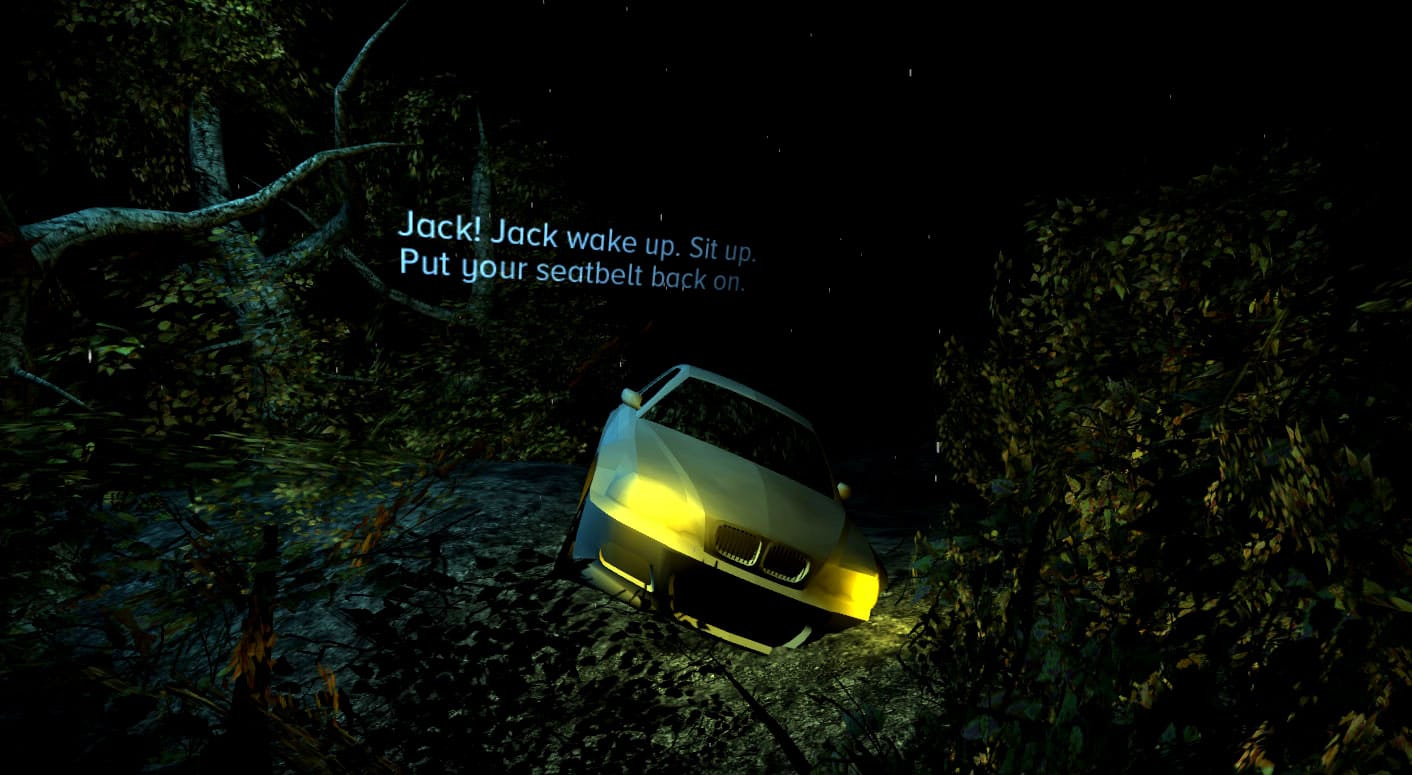