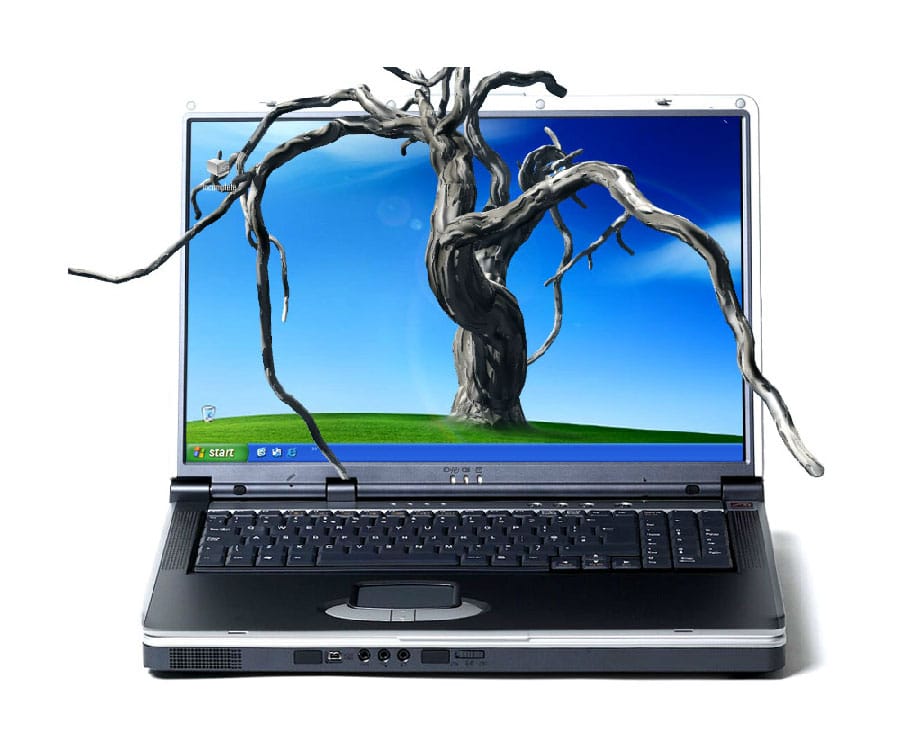 The Incomplete is an experimental project created by Andy Campbell in 2005 using Flash, server-side scripting and XML, and no longer accessible anywhere on the web. Visually it took the form of an on-screen laptop which, once clicked, opened up to reveal a virtual Windows XP desktop interface. Various elements within the interface were interactive. Restoring the contents of the recycle bin resulted in a folder of creative work becoming accessible which sometimes did strange surreal things to the computer itself (such as grow a tree out of its screen.)

It was also possible to launch the laptop’s virtual web browser which opened The Incomplete project itself, resulting in an infinite recurring window – shown in one of the screenshots below.

The main concept was that – as a reader/player – you were able to leave your own text/poetry/messages within the virtual Notepad documents of the computer, for others to read. Clicking your cursor within any of the text documents contained within the piece would allow you to add to those documents, or indeed delete their contents (which is what happened mainly.) Technically this worked by calling read/write functions via server-side scripting through Flash ActionScript 2 commands. Sometimes interesting messages were left, but mostly they were random and/or offensive/pointless.

Some of the surreal imagery in the work was created using Vue 5 software, a 3D rendering package. 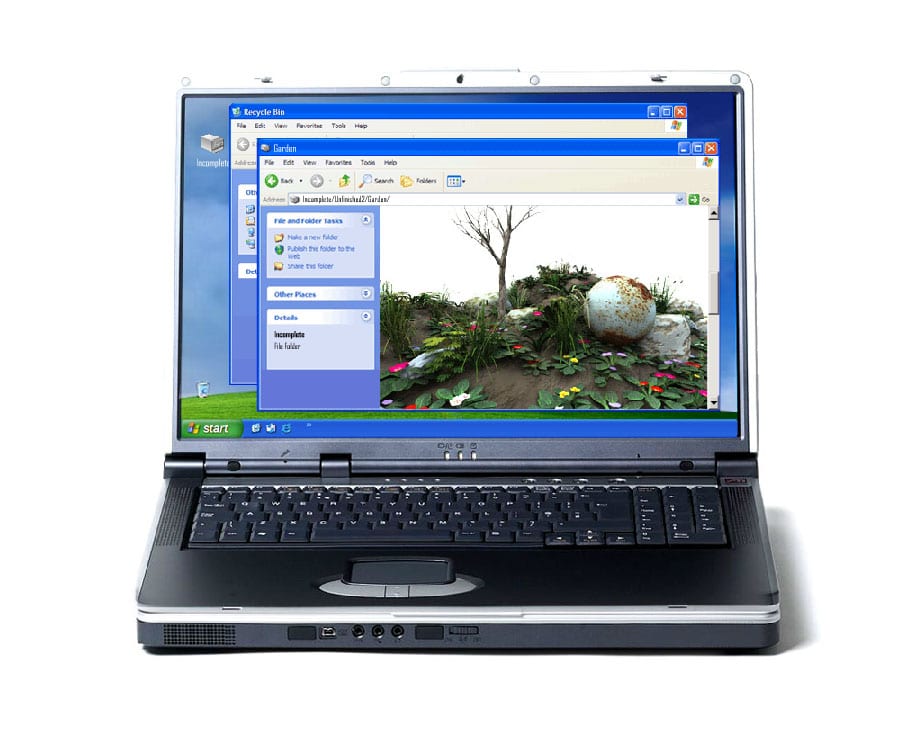 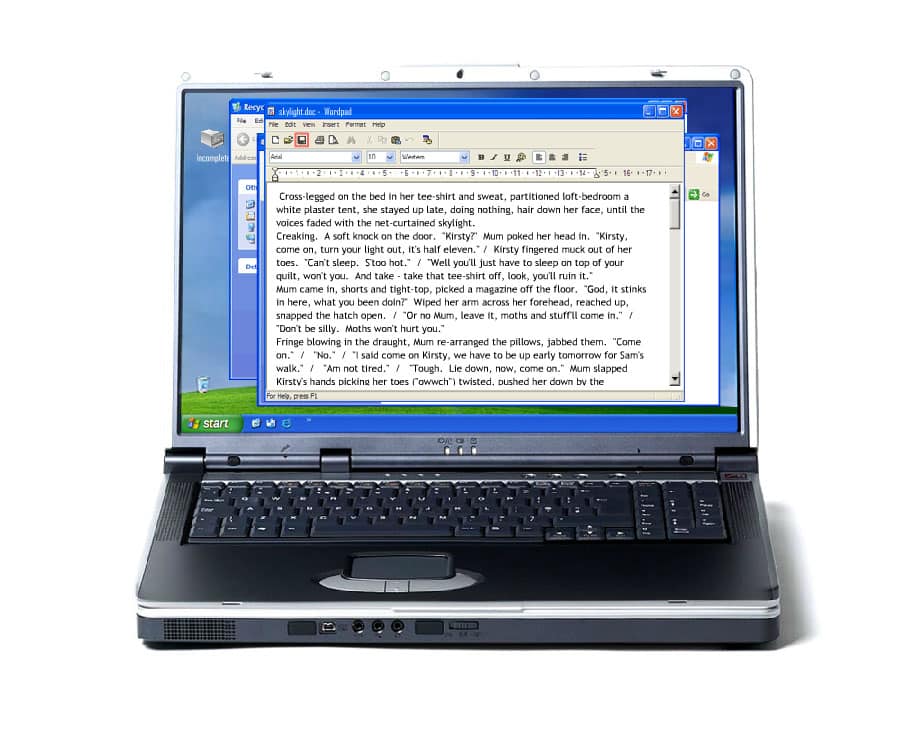 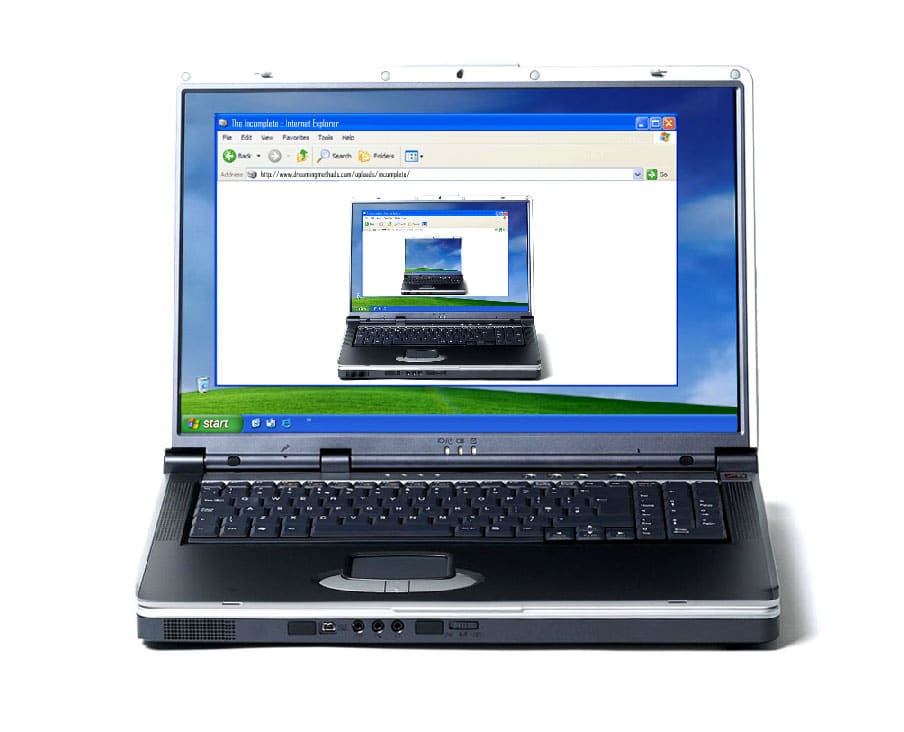