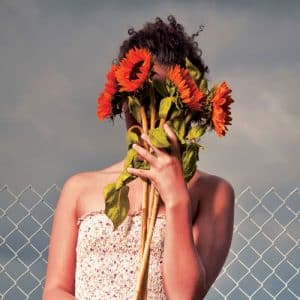 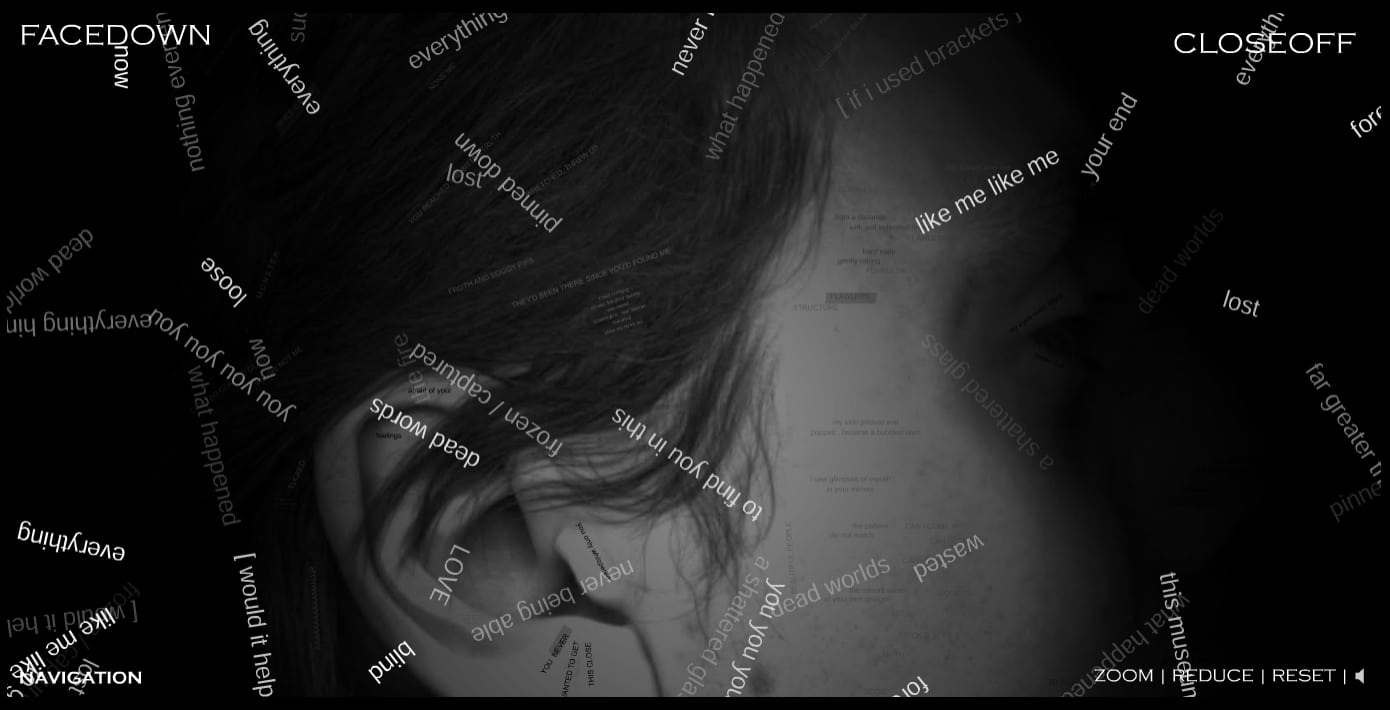 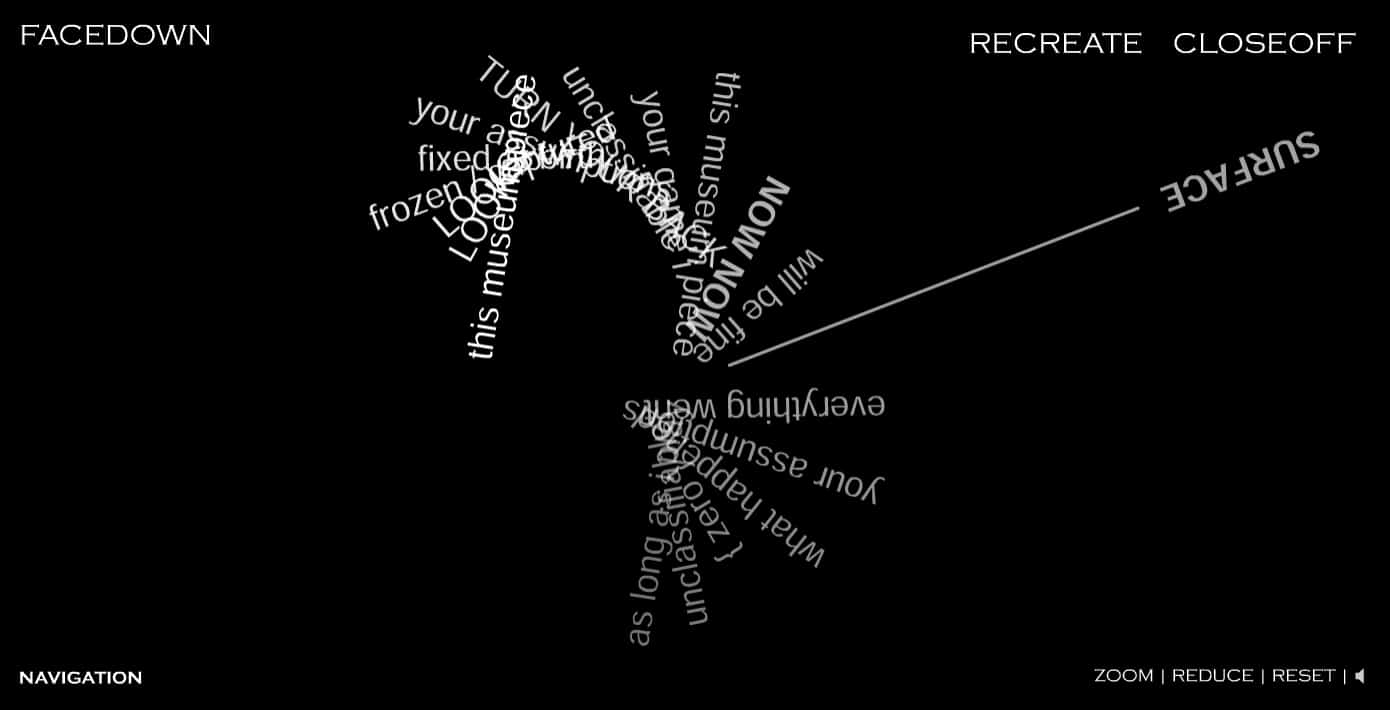 Created by Andy Campbell in 2001, Facedown is a poetic narrative exploring physical appearance and self-identity sprawled across a manipulated scan of the author's face. A series of optional animated cut-sequences reveal visual poems-in-motion created through arrays and mathematical formulas that can in some instances be regenerated. Facedown had a strong influence on the concept of moving and 'floating' visual texts found in later Dreaming Methods works such as WALLPAPER and All the Delicate Duplicates. Facedown was originally created in Flash; some of the preferences/settings no longer work.