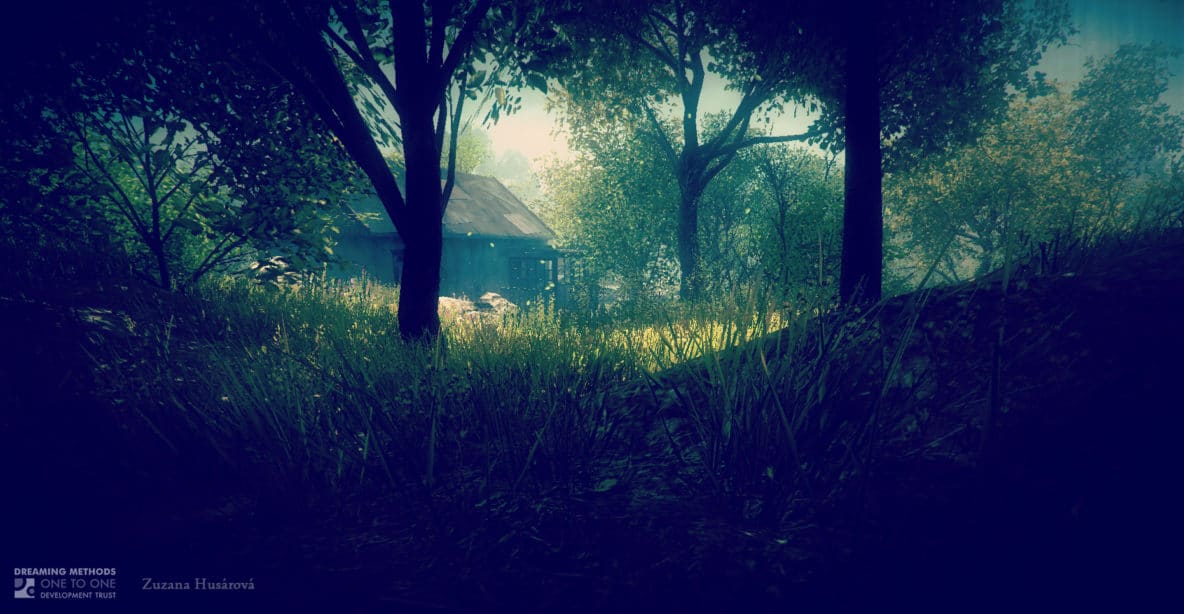 Broken House is an unfinished collaboration between Andy Campbell and Zuzana Husarova (who created a series of audio pieces for it). Originally prototyped in Coppercube, the project developed into a visually rich, heavily stylised playable environment.

The concept revolved around an anonymous painter whose work depicted a strange house set in dense woodlands. The ‘game’ began with a ‘menu of paintings’ before becoming a ‘living painting’ inside which the reader/player could explore. It was also possible to uncover the house in the forest, and enter inside it, where the reader/player was confronted by a series of moving reflective orbs and mirror-like surfaces.

The project went through several visual phases, including this initially blue-tinted version where the landscape was mostly in silhouette, with pollen and shadows of birds floating and fluttering among the blowing plants and vegetation. It then progressed to warmer colours. The soundtrack was created by Chris Joseph with an additional track which phased into play when you entered the house by Rand Burgess. 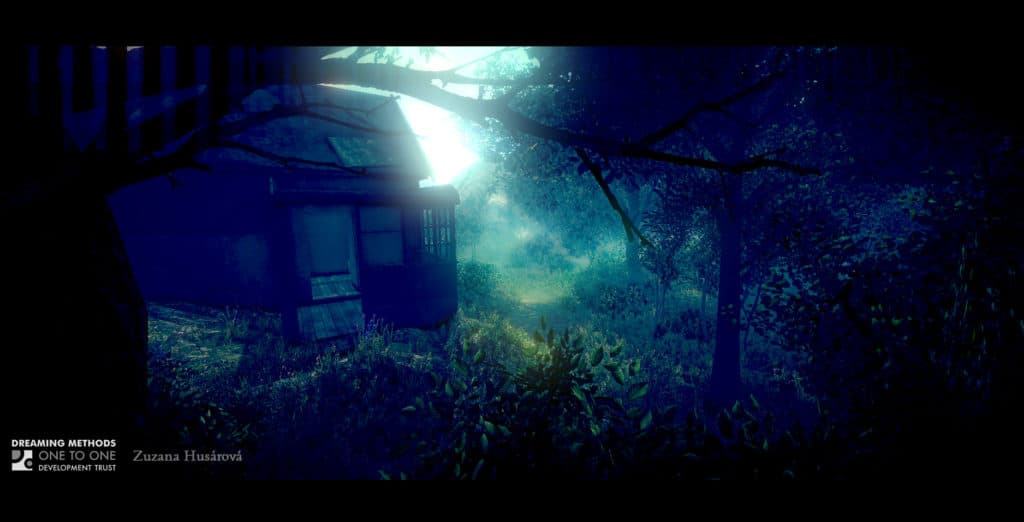 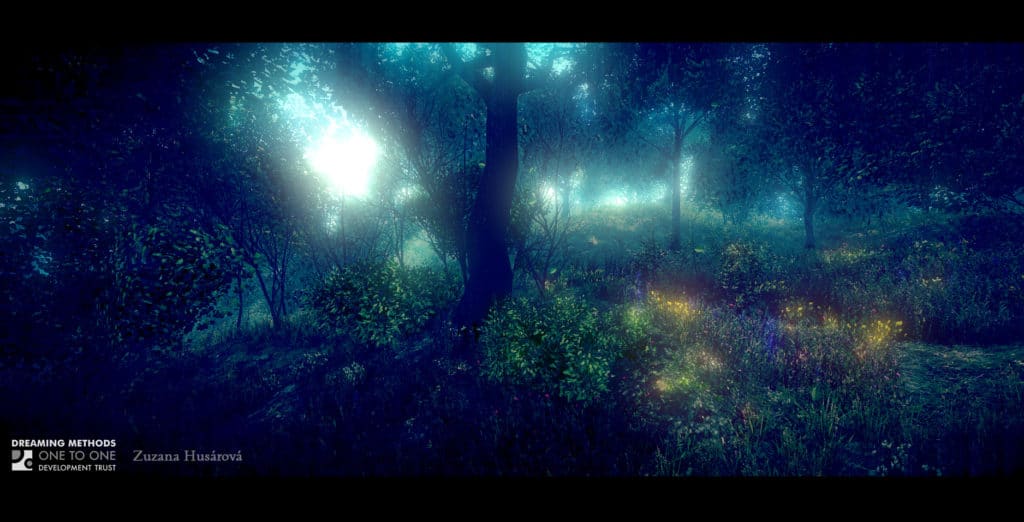 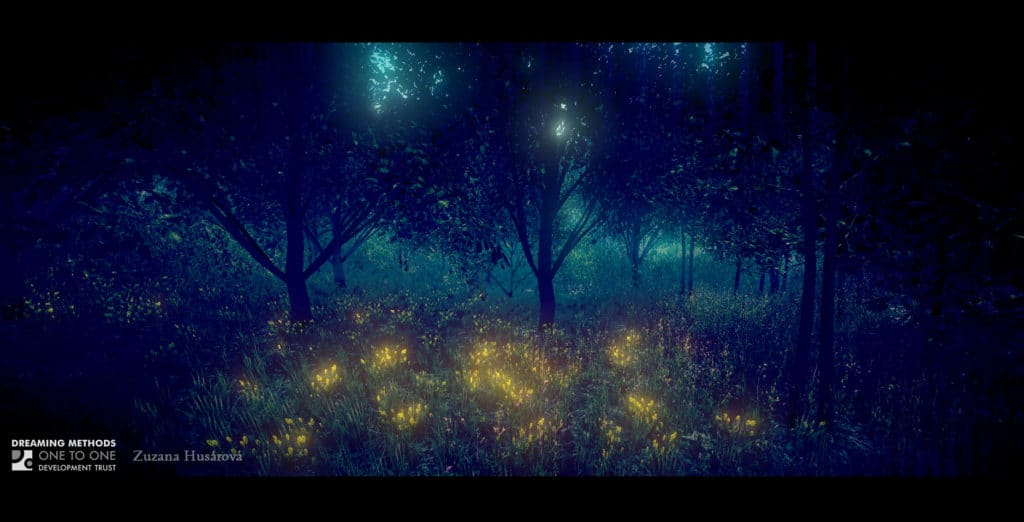 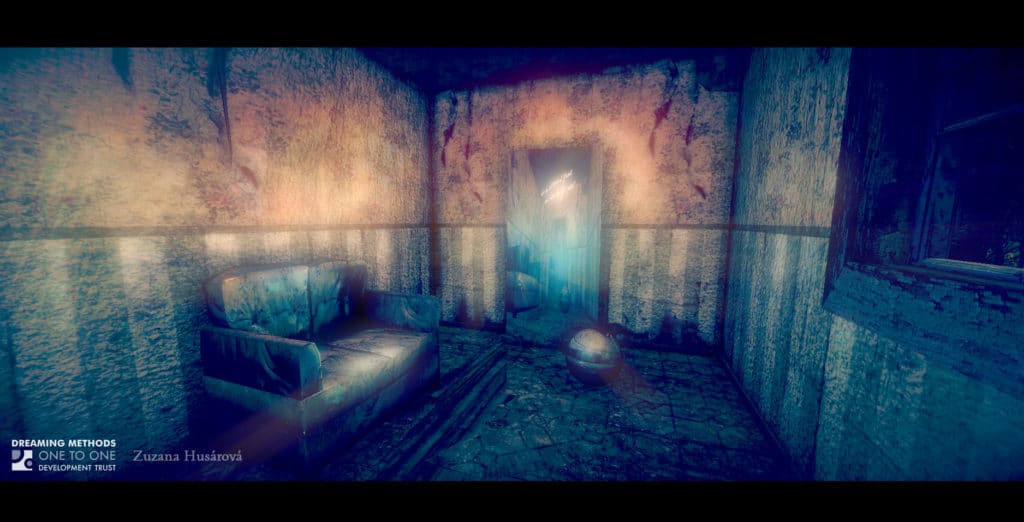 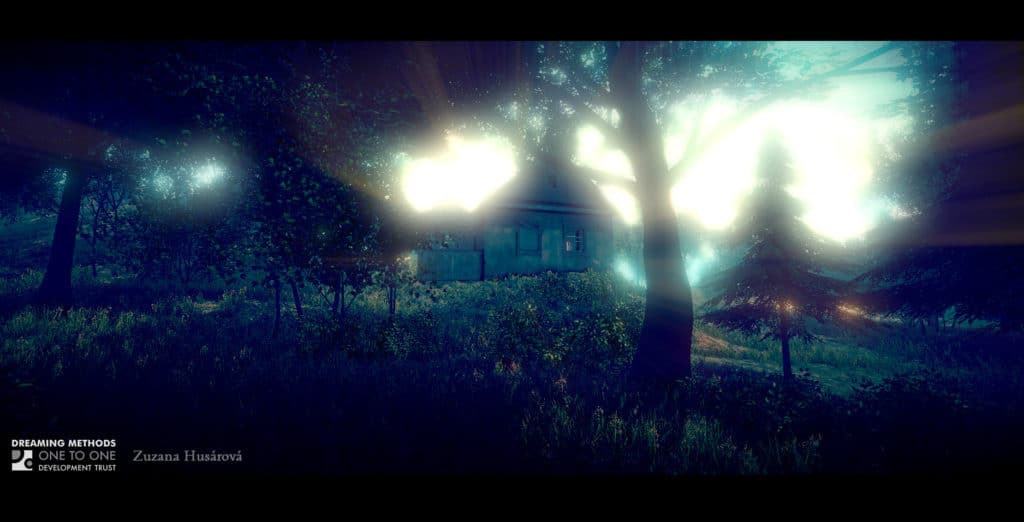 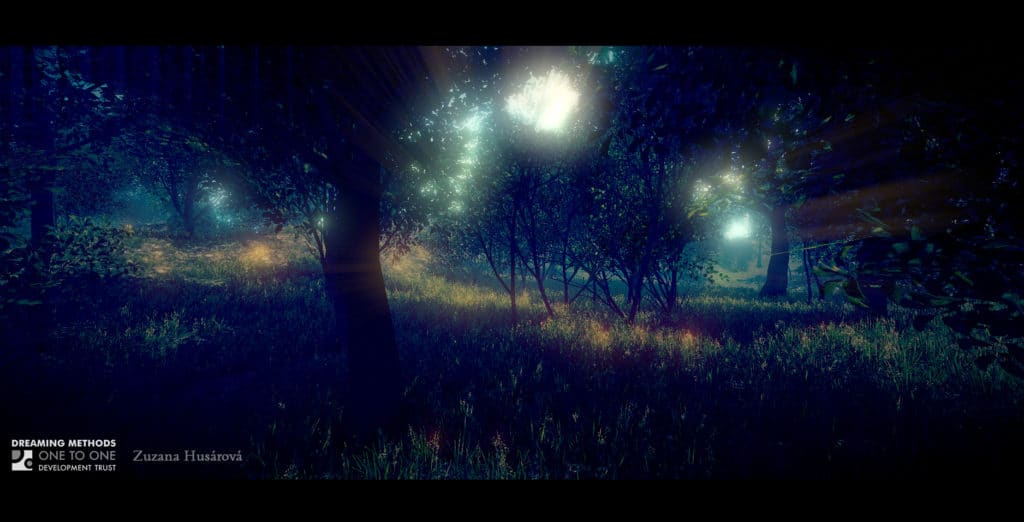